A "falling star" or a "shooting star"are streaks of light sometimes seen in the night sky are caused by tiny bits of dust and rock called meteoroids falling into the Earth's atmosphere and burning up. The short-lived trail of light the burning meteoroid produces is called a meteor. Meteors are commonly called falling stars or shooting stars. If any part of the meteoroid survives burning up and actually hits the Earth, that remaining bit is then called a meteorite. 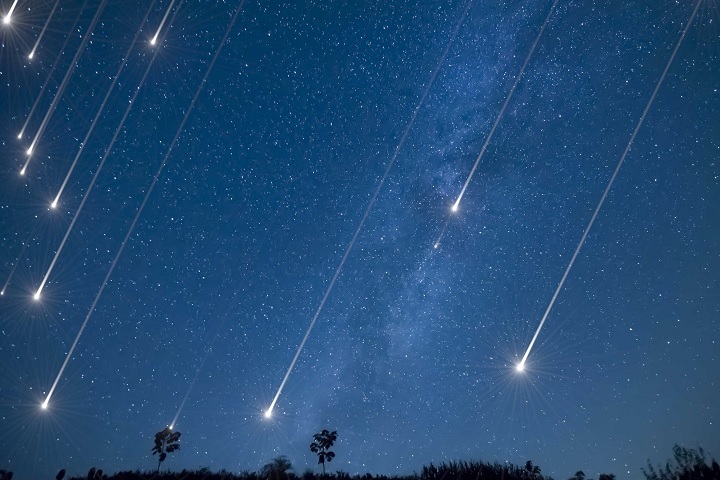 The 1966 Leonids were certainly the greatest meteor shower in recorded history as it produced rates as high as 40 meteors per SECOND! We celebrate this year the 50th anniversary of this unforgettable event. The Leonids are associated with the comet Tempel-Tuttle.